The I-BiT Plus system allows the patient to play a computer game or watch a DVD which is displayed via virtual reality technology in such a way as to provide a treatment for amblyopia. The basic principle is that the amblyopic or ‘lazy’ eye is shown the more interesting part of the game or DVD, such as stars to collect or obstacles to avoid, whilst the non-amblyopic or ‘good’ eye is shown the less interesting part, such as the background.

This means both eyes receive an image simultaneously (at the same time) but the brain has to use the lazy eye in order to watch the DVD properly or play the game. The novelty of the I-BiT Plus system is that with our treatment the non-amblyopic eye is not patched.

Elements of earlier I-BiT prototypes were restricted by the technology available and were not suitable for use with children in hospitals and clinics. As the potential technologies have improved we now have more choice of suitable systems and it is this that has led us to develop an I-BiT Plus system that uses shutter glasses.

Shutter glasses work by alternately shutting off the left and right eyes so that only one eye can see the screen at any time. This happens so quickly that the brain does not realise that each eye is being stimulated separately and the viewer does not experience any flickering.

The I-BiT Plus system is synchronised with the shutter glasses so that each eye only sees the image intended for that eye. The patient wears the shutter glasses and the IBiT Plus software will provide more information to the lazy eye when watching a DVD or playing a computer game.

We are using eye trackers, manufactured by SMI (Senso Motoric Instruments), to track each eye individually which allows the image to be shown to each eye in the optimum position. So, if one eye turns (squints) then the image to that eye will be moved so that the eye can see it correctly.

The eye tracker bar attaches to the bottom of the screen, as shown in the picture. 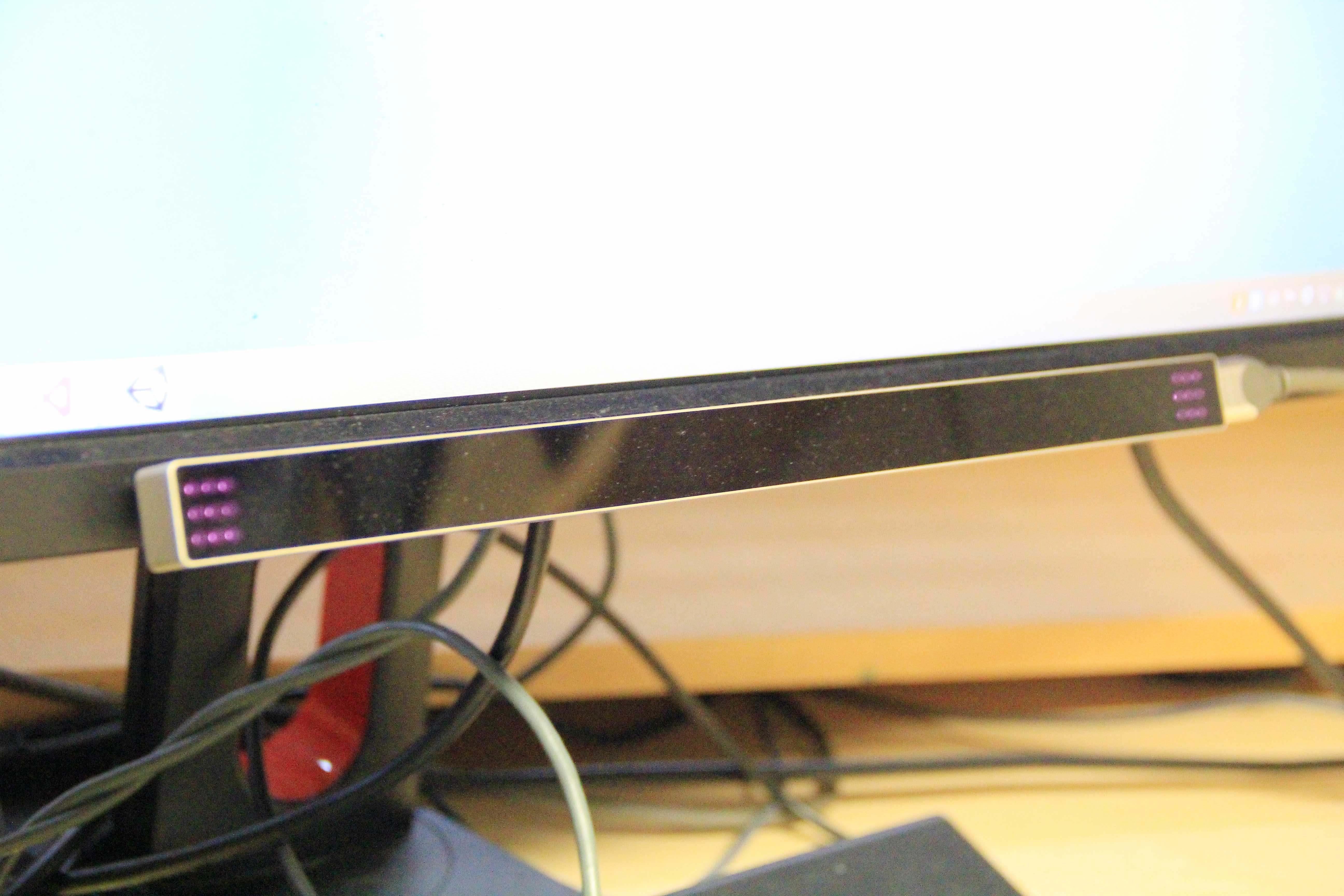 With the current funding, we have been able to program the system to use one of 3 different controllers. This allows the system to be more accessible to a wider age range of children.

Our software engineers have written 6 games to be used in treatment mode and we have episodes of Balamory, Justin's House, Something Special and Gigglebiz for the children to watch, as well as the facility for them to watch their own DVD's.

Some of the games are based on classic favourites as well as a few brand new ideas, and all allow the lazy eye to receive more stimulation when viewed through the shutter glasses.

The games are Attack of the Drones (based on Space Invaders), Critter Clobber (based on the arcade game Whac-a-mole), Duck Dash (brand new), Nux (an update of the game used in the previous I-BiT trial), Chomper (based on Pacman), Pop (brand new), Penguin Fisher (a brand new full stereo game) and Head Banger (a full stereo extension of Duck Dash).

The trial is open to children of a wide age range (3 1/2 to 12 years) and there is a great range of ability when it comes to playing computer games. The games have been written to appeal to as many children as possible, and certainly proved very popular with a wide range of children during the development/writing stage, but we anticipate that the youngest children might find some of the games difficult, so we have chosen programmes aimed at this age group to be an alternative if they chose.